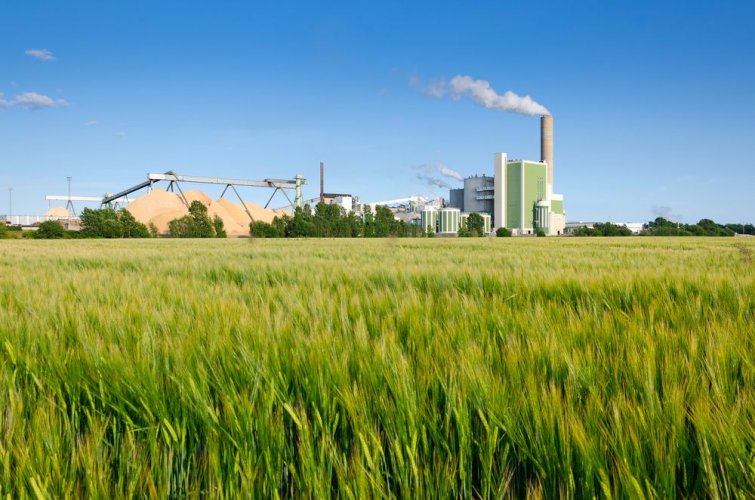 Negotiations on carbon market reform have begun in the EU

Negotiations are underway in the EU to revise the main European instrument for reducing emissions – the Emissions Trading Scheme (ETS) against the background of the energy crisis, the cessation of russian gas supplies and worsening climate change.

The European Parliament, the European Commission and the Council of the EU are to discuss the details in meetings called trilogues, reports EURACTIV.

“There is an agreement in Parliament. There’s an agreement in Council, but in some areas, these agreements do not overlap yet,” EU climate chief Frans Timmermans told journalists on 14. July. “We need to make sure that, for instance, on the reform of the emissions trading system, we bring the two co-legislators closer together so that we can come up with a common conclusion – I think that is the most thorny issue,” he added.

There are many points on which the Parliament and the Council agree in principle, said the leading participant in the ETS negotiations, Peter Lees, after the first trialogue in July, noted that on many points the European Parliament and the Council agree. For example, both want to extend the carbon price to the maritime sector, but the details have yet to be decided.

“There are too many issues to speak about red lines now. The main point is that no institution should have the belief that the deal is done and the other side just needs to agree,” Liese told.

Even the overall emissions reduction target for ETS sectors is subject to negotiation, with the Commission and EU countries aiming for 61% and the European Parliament wanting 63%.

Lise expects at least four more trilogies. While an agreement before COP27 in November would be ideal, he said it was more realistic to expect it by the end of the year.

A major source of contention is how quickly to phase out free emission permits to mitigate the impact of a carbon price and prevent carbon leakage. Quotas will be gradually replaced by CBAM.

The Dutch member of the European Parliament, Mohammed Shahim, noted that the most difficult topic for negotiations will be the speed of phase-out.

EU countries and the European Parliament take a similar position on the start of the phase-out, with the EU countries wanting to set a start date of 2026 and the Parliament for 2027.

However, after 2030 the positions differ dramatically. MEPs want free quotas to end in 2032, and EU countries to end by 2035.

Industry is concerned about the impact of a rapid phase-out given the newness of the carbon border tax. If it fails, they fear they will be undercut by cheaper, more carbon-intensive products from outside the bloc.

“As the steel sector, we were supporting the idea of the CBAM from the beginning, but always conditional on a cautious testing and a cautious interaction with the free allocation and the current measures,” Adolfo Aiello, deputy director general at the steel industry group EUROFER.

But Sam van den Plas of Carbon Market Watch argues that delaying the phase-out reduces incentives to decarbonise and prevents money from flowing into the Innovation Fund, which finances clean technologies.

Six billion free allowances are expected to be distributed between 2021 and 2030.

EU industry is worried it will face a high carbon price that its non-EU competitors will not have to bear.

The European Parliament wants to keep free export permits. However, there are concerns that this could violate international trade rules set by the World Trade Organization. Aiello noted that it is impossible to have too cautious a trade to implement an ambitious climate policy.

It will also be necessary to discuss many other issues, in particular regarding the allocation of funds from the collection.

Agreements on other issues are likely to be easier. For example, the European Parliament wants to have a centralized body for the implementation of the carbon tax at the border, and the Council – a hybrid approach.

Negotiating through a crisis

The position of the European Parliament already reflects the impact of the energy crisis and the war in Ukraine.

Liz drew attention to rebasing, a system that brings the number of permits in the ETS to actual emissions.

“We will allow some breathing space for everybody and then we don’t only catch up but increase the ambition, so in 2030, we will be more ambitious,” explained Liese.

However, van der Plas noted that rebasing is a short-term measure and each year without it slows down ambitions.

The next trilogue meeting will take place after the summer break.

Earlier, EcoPolitic wrote, that the EU agreed on general approaches on reducing emissions and their impact.

As EcoPolitic previously reported, the General Director of the European Steel Association (EUROFER) Axel Eggert said that for a successful transition to green steel, further work with coordination on ETS and CBAM with the climate ambitions of industry.