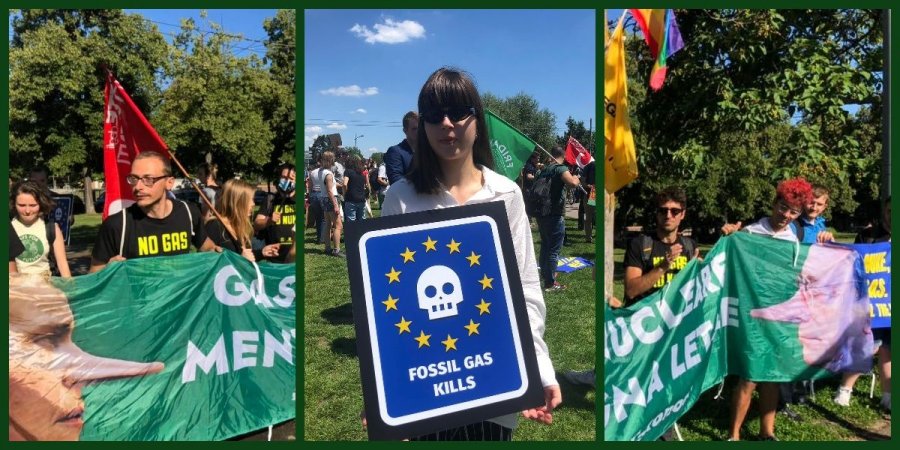 In Strasbourg, France, hundreds of activists protested and demanded that MEPs prevent gas and nuclear energy from being equated with green energy.

If nuclear energy and gas are recognized as green, they will be considered environmentally sustainable activities for investment, reports Ekodiya on Facebook.

"Fossil fuel is war, and peace is based on renewable energy!" - emphasized in "Ekodiya".

Against the background of Russian aggression, labeling fossil gas and nuclear energy as sustainable would be an unwise and short-sighted decision that would affect people all over the world, not just in the EU.

Such a decision will deepen dependence on the aggressor state, negatively affect climate change and contribute to the financing of the war in Ukraine.

"Parliament will have the opportunity to make a statement and make a decision against dependence on fossil fuels and vote for the transition to climate justice," the message said. 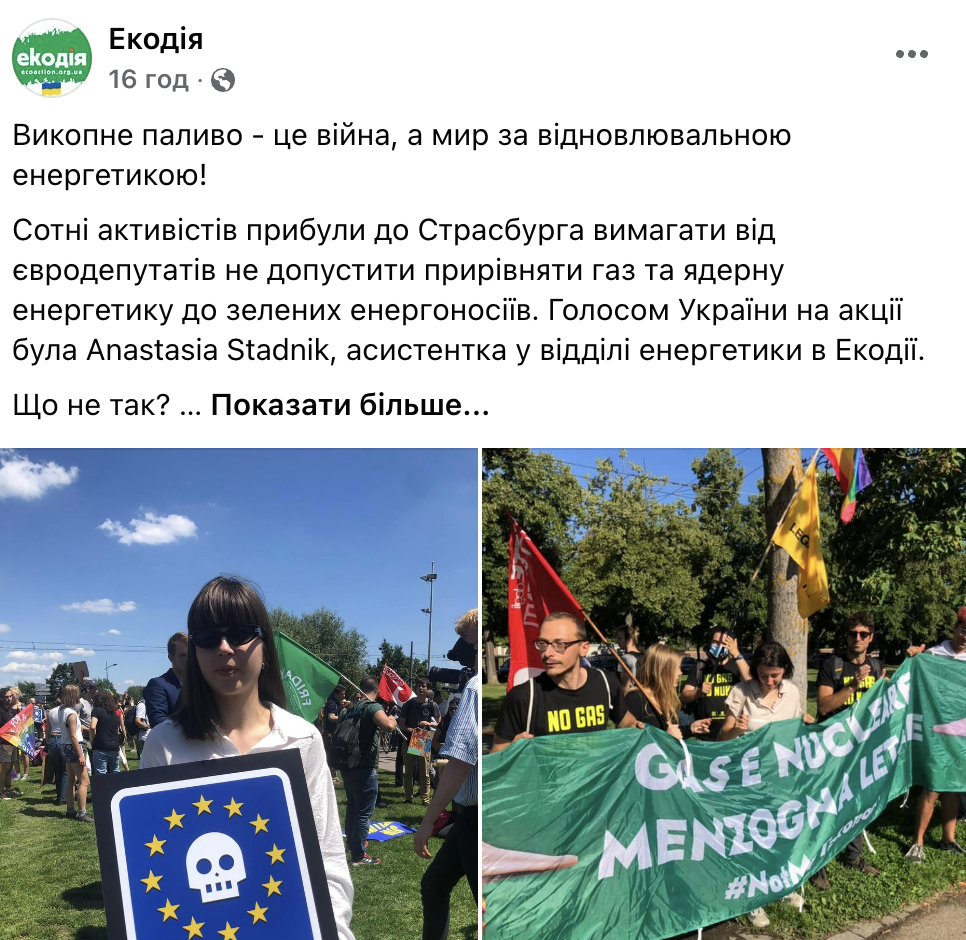 We will remind ecoactivists demand veto on green taxonomy, to stop Russian lobbyists.

As EcoPolitics reported earlier, MEPs threaten the European Commission with a lawsuit, if their plan to include gas and nuclear energy in the green taxonomy becomes law.