Home › News › The key directions and prospects of climate technologies 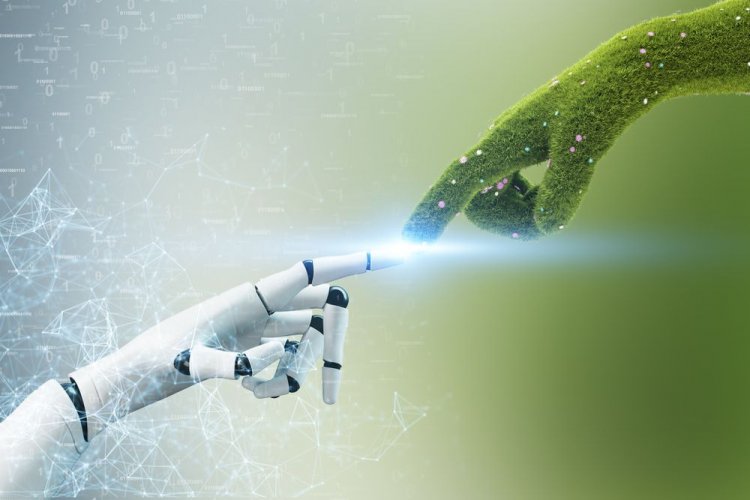 The key directions and prospects of climate technologies

Experts have named ten areas of climate technologies that are critical to solving the problem of zero energy consumption, which are specifically designed to accelerate decarbonization.

As demand for them increases, companies will have the opportunity to create significant value while helping to reduce emissions, reports McKinsey.

It is expected that other directions may appear.

A McKinsey analysis suggests that under a scenario where the world reaches net zero by 2050, capital spending on equipment and infrastructure with relatively low emission intensity would average $6.5 trillion per year, more than two-thirds of the $9.2 trillion annual capital expenditures expenses during this period. time.

"In our opinion, almost all of these low-emission assets will include climate technologies," the material said.

During the transition to net zero emissions, the world's energy system, as well as its equipment and infrastructure, will be reorganized with climate technologies to run on renewable energy sources instead of fossil fuels. This means not only the production and use of renewable energy, but also its transportation to end markets from production centers.

As these shifts occur, some value chains will break and new ones will form.

Innovation must also accelerate. For most climate technologies, costs are declining too slowly to reduce emissions in line with mid-century net-zero goals. Breaking the cost curve will require non-standard approaches to technology development, integration and scaling, including a level of collaboration rarely seen in other types of technology.

Thus, environmentally clean methanol is considered the most advanced technically available fuel for ecological shipping. Methanol engines for ships are already on the market. One form of "green" methanol, e-methanol, can be produced by combining green hydrogen with biogenic CO2 (CO2 derived from biomass). Thus, the expansion of clean methanol production is likely to involve increased carbon sequestration for industrial sources of biogenic CO2.

"An important prerequisite for the success of many climate technologies, including green methanol and green hydrogen, other synthetic fuels, green steel and carbon capture, is the expansion of capacities for the production and storage of renewable electricity," the material said.

Access to resources other than renewable energy can also hold back the pace of climate technology development, as electric vehicle batteries and utility-scale energy storage systems require a constant supply of hard-to-find materials like cobalt and nickel.

An important prerequisite for the success of many climate technologies, including green methanol and hydrogen, other synthetic fuels, green steel, and carbon capture, is the expansion of capacity to generate and store renewable electricity.

Additional complexity arises from the fact that climate technologies take different forms, which may have their own particular interdependencies. The set of technologies for long-term energy storage includes four main categories: chemical, electrochemical, mechanical and thermal.

Each category includes several technologies, and each has reached a different level of maturity and market readiness. Looking at the possible use cases for long-term energy storage in one sector – electricity – also shows that the economics of each use case can depend on changes (in other parts of the energy system) that alter grid flexibility and storage needs.

The interdependence of climate technologies means that scaling them often requires organizations to work together to create new value chains and industrial ecosystems, a more collaborative approach than businesses are used to, and one that can disrupt existing networks.

To drive action, the council facilitates coordination between potential suppliers and buyers of hydrogen, as well as ecosystem players such as financial institutions and governments.

Similar approaches can also contribute to the development of other climate technologies.

“Leaders who see the potential in climate technology should not wait for a supporting ecosystem to form. By developing joint plans or roadmaps for the commercialization of climate technologies, ecosystems can drive change, create markets, and prevent efforts from being wasted on duplicative projects,” the article noted.

For many decarbonization needs, no single climate technology has yet become the standard. First-mover benefits are available to companies that are organizing or joining climate technology ecosystems at an early stage. Fast followers may find it difficult to enter such alliances once they are formed.

This pressure will force all leaders, especially those in established industries, to make choices about the return potential of current assets with exponential growth opportunities in climate technology markets. They will also need to decide how much of their resources to invest in serving markets that are likely to begin shrinking, and commit to developing mature climate technologies and inventing next-generation technologies.

“The contours of a possible net zero economy are still blurred, but waiting for them to become clearer could be missing valuable opportunities. Due to such pressure, organizations should determine where they can compete and boldly consolidate their positions, especially in markets where the first players have not yet come forward," the article noted.

The spread of digital technologies has led to the emergence of dominant young firms and destroyed the hierarchy of existing enterprises. Now, the growth of the multi-trillion climate technology market will reshape industries and redistribute value in the economy, creating new success stories for new green companies and fast-growing ones alike.

Earlier EcoPolitic wrote, that chief executive officer of BlackRock Inc. Larry Fink said that it's wrong to demand from the private sector guarantees that the companies in which they invest will contribute to the fight against climate change.

As EcoPolitic previously reported, the Council of Europe adopted its negotiating positions (general approaches) on important legislative proposals of the Fit for 55 package, in particular on the emissions trading system and the creation of a social climate fund.