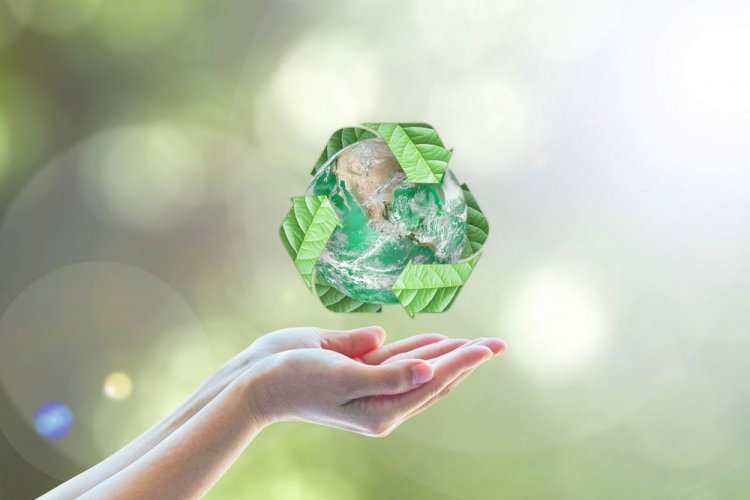 If the enterprise stops, 10,000-15,000 tons of waste paper per month will not be in demand, and waste paper prices will collapse

The expert called for caution in the issue of confiscation of the assets of the Russian oligarch Vladimir Krupchak, who owns the Kyiv Cardboard and Paper Mill (KCPM) in the city of Obukhov, in order to avoid a temporary stoppage of the enterprise.

KCPM is now a monopoly in the waste paper recycling market in Ukraine, said Oleksandr Lymar, an expert on waste management at the Ukrainian Institute for the Future on Facebook.

Lymar noted that potential confiscation may affect the waste market in Ukraine. After all, the price of cardboard waste already reaches 10,000 UAH / ton at factories, which is € 315, while in the EU the average cost of a carton, including delivery to a paper mill, varies from € 220 to € 240, which is almost 40% cheaper.

“These numbers show of a huge shortage of paper waste in the market,” he emphasized.

After the Rubezhanskyi mill was put out of action, the plant in Obukhov became a monopolist in the waste paper recycling market in Ukraine. Now its capacity is more than 30% of the entire processing of the country.

According to the expert, if the enterprise stops, 10,000-15,000 tons of waste paper per month will not be in demand, and the prices for waste paper will collapse. This will lead to significant financial losses for manufacturers and their possible winding down as a business.

“Therefore, if the executive power of Ukraine decides to confiscate the Kyiv Cardboard and Paper Mill, then this must be done very thoughtfully and not allow the plant to stop working for a single day,” said Lymar. 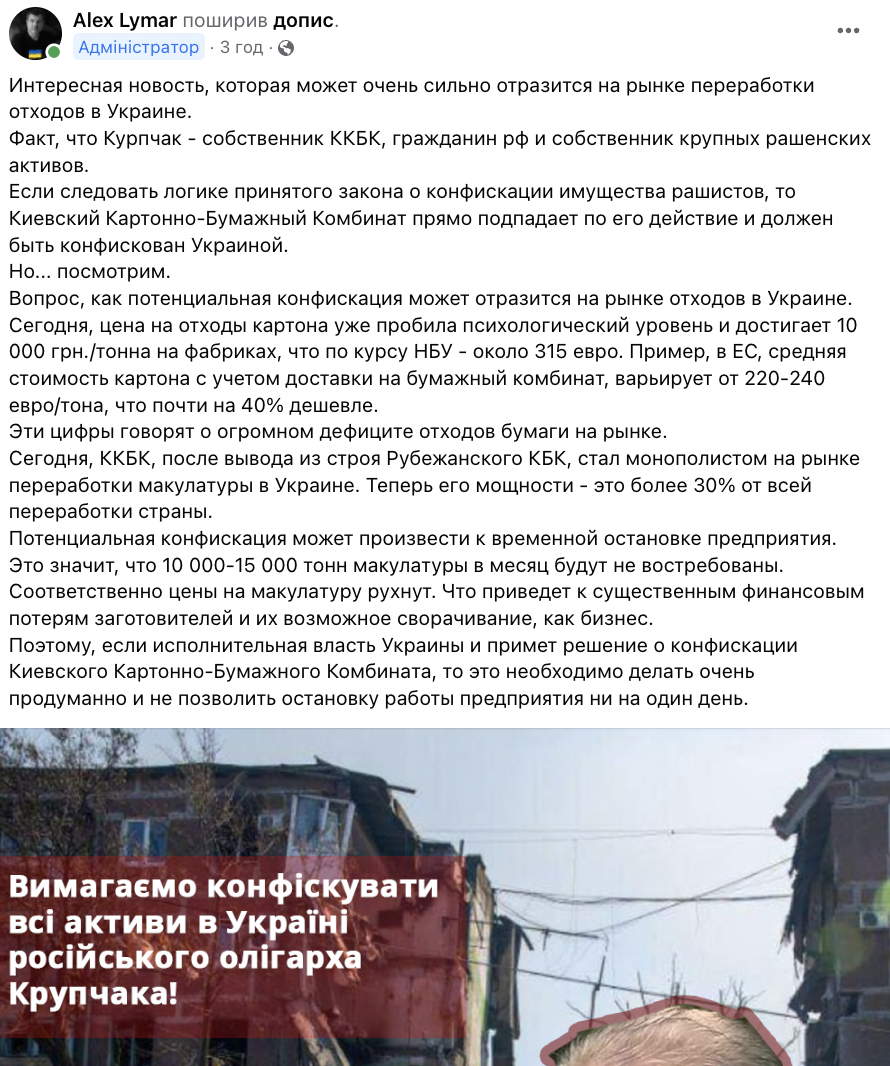 UNCG activists have already appealed to the Security Service of Ukraine and the State Tax Service with a request to take appropriate action against Vladimir Krupchak in order to prevent the flow of funds to the aggressor country. In their opinion, all of his assets in Ukraine should be confiscated.

They also noted that, according to the unified state register of legal entities, Krupchak is still the beneficiary of a dozen Ukrainian companies, including ENERGY, DNEPROVTORMA LLC, VTORRESURSY WEST LLC, VTORRESURSY VOSTOK LLC, etc.

In addition, they appealed to the Ministry of Foreign Affairs of Ukraine to draw the attention of the Austrian government regarding the actions taken against the Austrian company Pulp Mill Holding. Krupchak also owns the company, and its official representatives, according to UNCG, supported in correspondence with eco-activists Russian aggression. They call impose appropriate sanctions.

The company specializes in the production of paper, cardboard, packaging for a number of brands, including Nestlé and Auchan.

As reported EcoPolicy previously, Obukhov paper mill got into a garbage scandal. 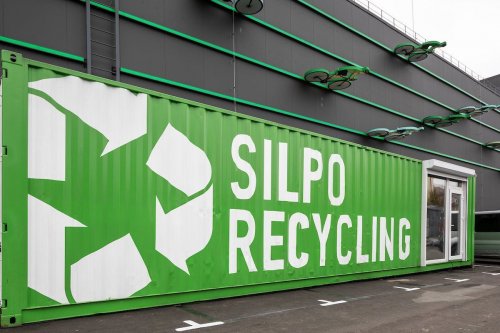 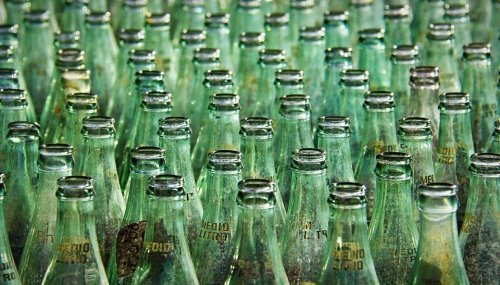 24 June 2022 04:34 Vinnytsia residents were told about the connection between glass processing and prices: where to hand over glass

Every 10% of recycled glass reduces gas consumption by 3% 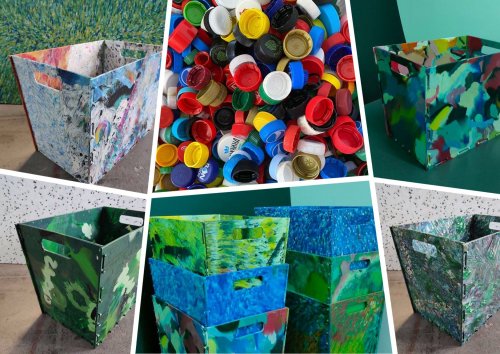 08 June 2022 04:21 Several thousand plastic caps were collected in Kropyvnytskyi: they will be given a new life

Collected caps are manually sorted by children and adults