Russian occupation authorities in the Russian-occupied Mariupol (Donetsk region) have banned residents from swimming in the Sea of ​​Azov.

The press service of the Mariupol City Council reported about it on Tuesday, June 7, in the Telegram-channel.

"The occupation authorities of Mariupol have banned swimming in the Sea of ​​Azov," the statement said.

The occupation administrations reported that swimming in the sea was dangerous, as it were, due to demining.

The City Council quoted a statement by Mariupol-appointed Russian Gauleiter Konstantin Ivashchenko, who said: "It's getting very hot in the city. I understand that many people want to go to the beach and swim in the warm Sea of ​​Azov. Unfortunately, it's very dangerous now."

In fact, according to the Mariupol City Council, the reason for the ban was the explosive increase in the incidence of intestinal infections and the threat of a cholera epidemic.

Meanwhile, the occupation authorities of Mariupol said that information about cholera in the city - fake.

"It seems that the water was analyzed, and everything is fine. It is worth mentioning that the station was destroyed by the Russian occupiers, the laboratory was demonstrated under the guise of a NATO biolaboratory, and the equipment was taken to the DNR as evidence in the case," said Mariupol Mayor Petro Andryushchenko.

As EcoPolitics reported earlier, the actions of the Russians in Mariupol also threaten with an ecological catastrophe, because the sewer collector does not work in the city. 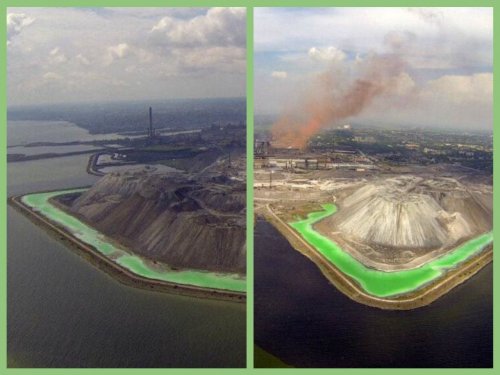