Home › Comments › Air quality in Kyiv. Are there any reasons for concern? 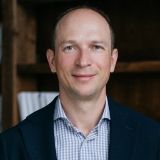 Air quality in Kyiv. Are there any reasons for concern?

Not even a few months go by without a news item with a headline like "Kyiv entered the rating of cities with the dirtiest air in the world" in the media.

Given the war, the people of Kiev, like all Ukrainians, already have enough to worry about.

Is the state of the air in the capital an additional cause for concern?

How is the city air monitoring system generally arranged and where can the people of Kiev get reliable information about what they breathe?

The last time headlines that Kyiv topped the ranking of cities in terms of air pollution appeared in the twentieth of March, when active hostilities were going on around the capital.

Then in the articles one could read that the concentration of pollutants in the air of Kyiv is 33 times higher than the norm recommended by WHO. Unfortunately, the journalists did not take this data from official sources, but from the IQAir service website, which we will talk about a little later. For now, let's take a look at what happened then.

Indeed, since March 18, there has been a deterioration in air quality in Kyiv.

As a result of fires caused by hostilities in the vicinity of the city and low wind speed, on the night of March 19, the concentration of dust in the atmospheric air exceeded the maximum allowable by 2.5 times. The concentrations of other monitored pollutants (nitrogen oxide and dioxide, sulfur oxide, ozone, formaldehyde, carbon monoxide, hydrogen sulfide) also increased, but no excess of the maximum permissible concentrations was found.

The very next day, no excesses of the maximum permissible norms were observed at all, although the general air situation remained tense until the end of March, after which it returned to normal.

Interestingly, with the exception of days when fires were observed in the vicinity of the capital, since the beginning of large-scale hostilities, air quality in Kyiv, on the contrary, has improved significantly.

When cars began to leave the capital en masse, we observed very clean air in the city. At the same time, stationary sources of pollution, such as the Energia plant, CHPP-5, CHPP-6, have been operating normally all this time. All this proves the hypothesis that in any metropolis 80% of emissions come from mobile sources of pollution and 20% - to stationary .

Now let's figure out how exactly the state of the air in Kyiv is determined, and which sources of information should be trusted.

It so happened historically that for a long time official information about the state of air in the capital was not provided promptly, to put it mildly, with a delay of several days. This was due to outdated equipment and methodology used by the Sreznevsky Central Geophysical Observatory - recently the only official source of data on what the people of Kiev breathe.

The study there looks like this: at the stationary posts of the observatory, air samples are taken several times a day, transported to the laboratory and analyzed there. Accordingly, we receive data on the presence of pollutants in the air after the fact 3-4 days after the samples were taken. It is clear that we are not talking about any operational information and recommendations to reduce the impact of pollutants on the body.

Networks of public sensors have been and remain another, already unofficial, source of data on the state of the air in the capital. They appeared in response to a public request for up-to-date information about what we are breathing at this very moment.

Although an incredibly useful initiative, social control networks, however, have some drawbacks. In particular, the equipment they use does not give a complete picture (the air is analyzed by only one indicator), is often incorrect and uncertified.

One example of the incorrect operation of such sensors is that they can confuse fog with dust , signaling danger when there is none. Unfortunately, the media often use data from just such local or international networks in articles with horrifying headlines about air quality in the capital.

The reports of the Swiss company IQAir, which recently made conclusions about the state of the air in Kyiv based on data from eight sensors belonging to anonymous (!) Users, are in particular demand. The same company forms its own rating of cities with the dirtiest air, which the media loves to quote so much.

I note that we are not talking about data from an independent organization or city authorities, but from a company whose main activity is the sale of air purification products.

Do Kyivans have the opportunity to receive simultaneously official, operational and unbiased information about what they breathe? Recently, yes.

Since 2020, Kyiv has begun to develop a modern air monitoring system that meets all the requirements of the time. It is based on a network of five European-style high-precision observation points.

Systems with a similar principle of operation operate in London, Paris, Munich and other European cities. At these points, dust is automatically measured in three fractions (PM1.0, PM2.5 and PM10), nitrogen dioxide, sulfur dioxide, carbon monoxide, ammonia, ground-level ozone, hydrogen sulfide and formaldehyde, as well as meteorological indicators. All data is recorded every minute, stored on the server and displayed in a user-friendly format on the site asm.kyivcity.gov.ua.

In addition to these reference points, at the end of 2021, more than 40 indicative points were placed in all districts of the capital. Unlike public control sensors, the points installed by the city analyze the air according to a larger number of indicators, are certified, more accurate and informative. They analyze the air for such indicators as dust (PM1, PM 2.5 and PM10), sulfur dioxide, nitrogen oxide, ozone, hydrogen sulfide, volatile organic substances.

The culmination of the work on the development of the air monitoring system was the combination of data from both types of observation points and the output of information to the Kyiv Digital application. Now every citizen of Kiev can monitor air quality in almost 50 locations throughout the city in real time. Moreover, depending on the situation, the application gives recommendations to reduce the impact of pollutants on the body.

To use the service, you should update the application or install it if you have not already done so.

The city plans to expand the air monitoring system and accumulate data for the next important step. We are talking about the formation of a comprehensive program for air purification in Kyiv. It is expected that such a program will, in particular, include recommendations for limiting car emissions as the main source of air pollution in the city. A good example here is London and the numerous "low emission zones" for cars.

At the time of writing this blog, the air condition in Kyiv is good. During the year of observations, this indicator mainly fluctuated between "normal" and "satisfactory".

Of course, like any metropolis, Kyiv experiences air quality problems from time to time. Often this is due to the overlap of several factors, for example, lack of wind and significant traffic jams or, as we have already mentioned, fires in the suburbs.

As practice shows, the situation usually normalizes within a few days.

Although we are still accumulating information, I note that even the data that we have today is enough to conclude that, in general, the situation with atmospheric air in Kyiv does not differ significantly from such large cities as London, Berlin or Paris . Therefore, betrayal in this matter is definitely cancelled.

Follow the official information on air quality in the capital and take care of yourself!