Home › Photo › Implications of CBAM for climate and competitiveness

Implications of CBAM for climate and competitiveness 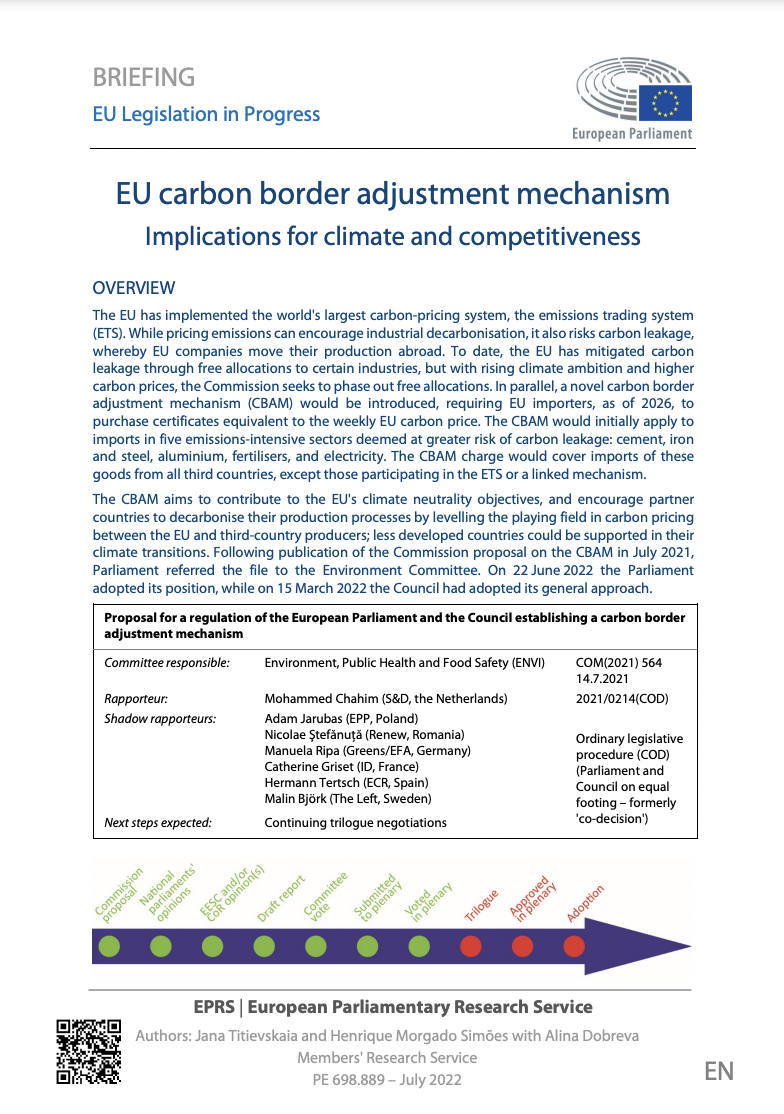 The EU has implemented the world's largest carbon-pricing system, the emissions trading system (ETS). While pricing emissions can encourage industrial decarbonisation, it also risks carbon leakage, whereby EU companies move their production abroad. To date, the EU has mitigated carbon leakage through free allocations to certain industries, but with rising climate ambition and higher carbon prices, the Commission seeks to phase out free allocations. In parallel, a novel carbon border adjustment mechanism (CBAM) would be introduced, requiring EU importers, as of 2026, to purchase certificates equivalent to the weekly EU carbon price. The CBAM would initially apply to imports in five emissions-intensive sectors deemed at greater risk of carbon leakage: cement, iron and steel, aluminium, fertilisers, and electricity. The CBAM charge would cover imports of these goods from all third countries, except those participating in the ETS or a linked mechanism. The CBAM aims to contribute to the EU's climate neutrality objectives, and encourage partner countries to decarbonise their production processes by levelling the playing field in carbon pricing between the EU and third-country producers; less developed countries could be supported in their climate transitions. Following publication of the Commission proposal on the CBAM in July 2021, Parliament referred the file to the Environment Committee. On 22 June 2022 the Parliament adopted its position, while on 15 March 2022 the Council had adopted its general approach. Third edition. The 'EU Legislation in Progress' briefings are updated at key stages throughout the legislative procedure. 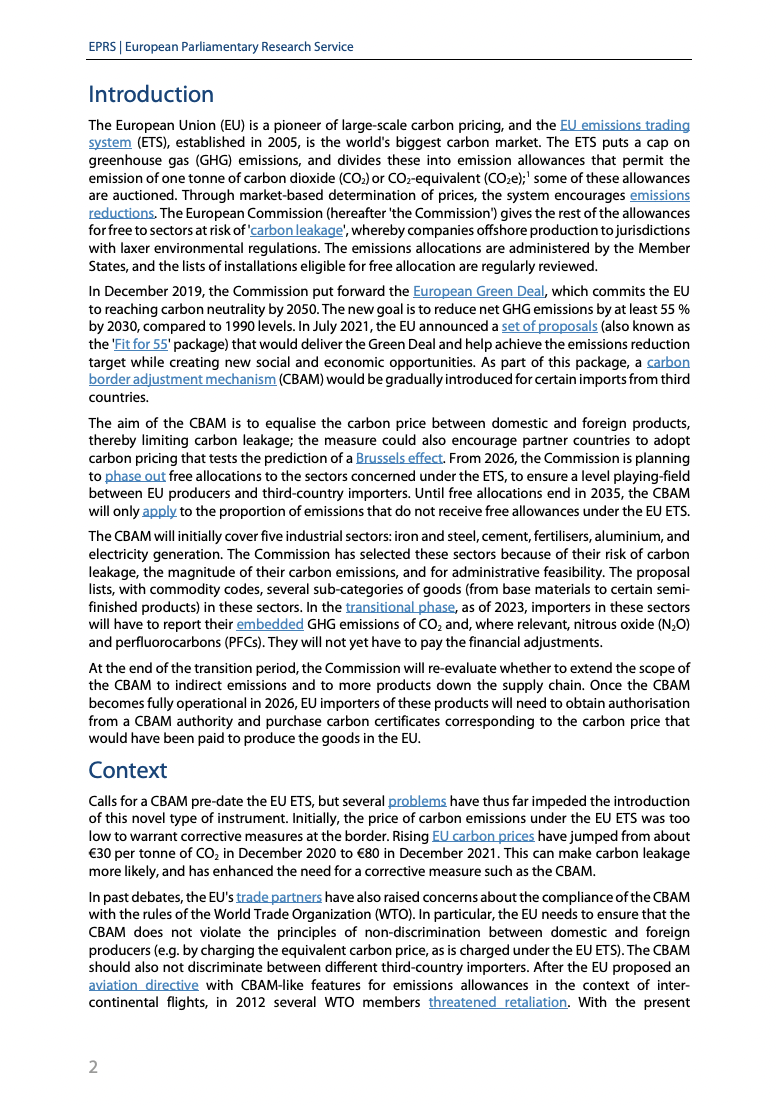 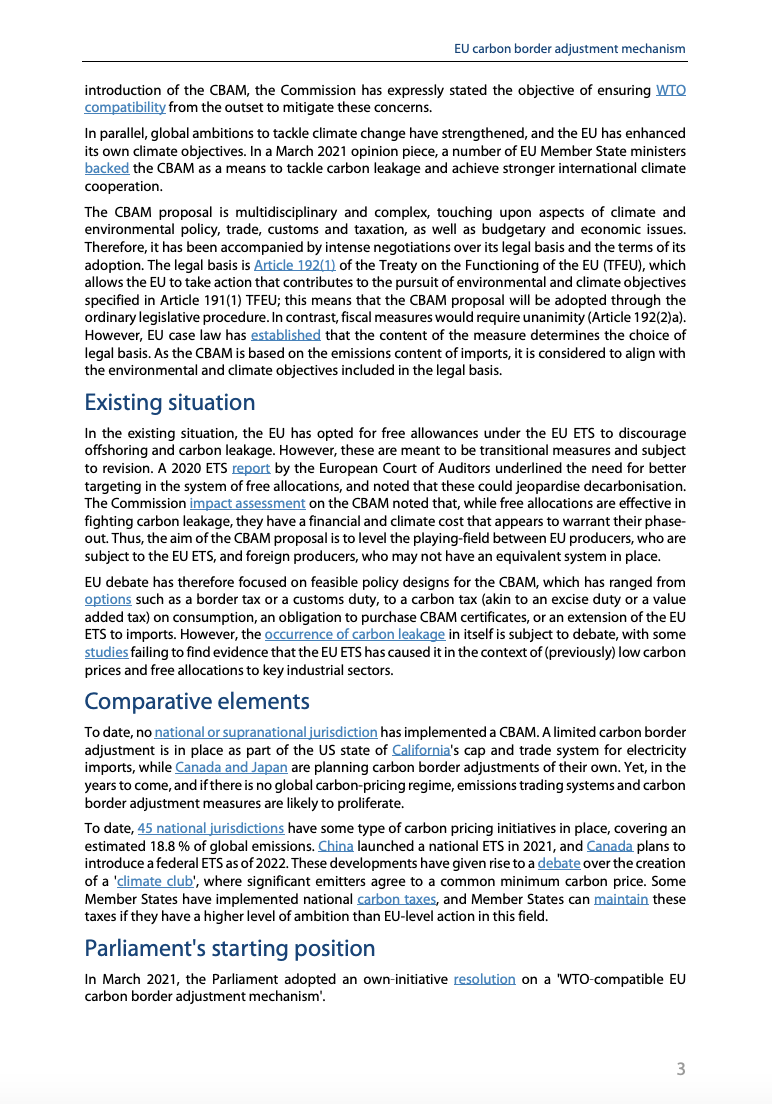 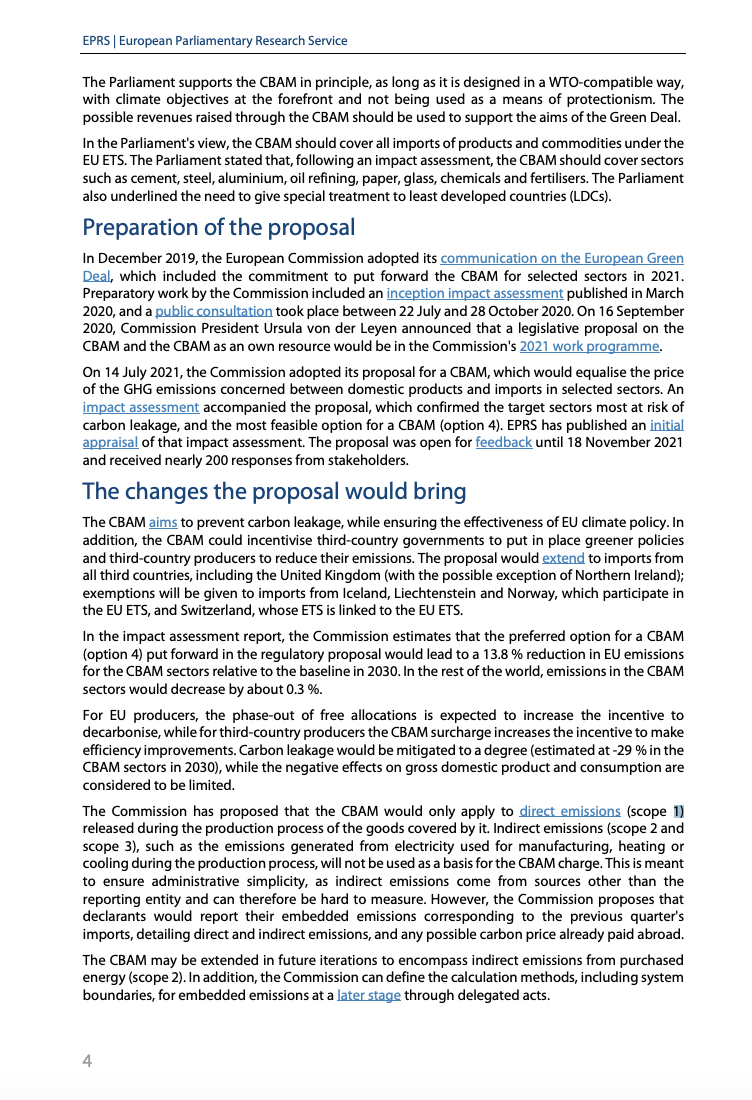 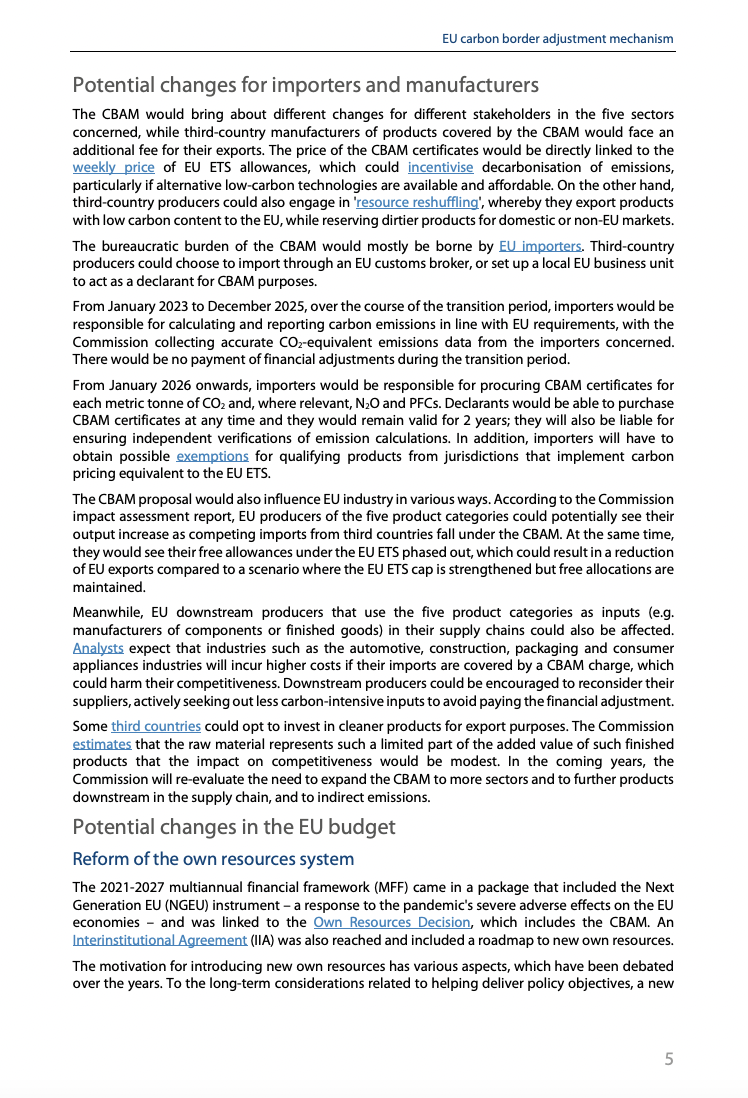 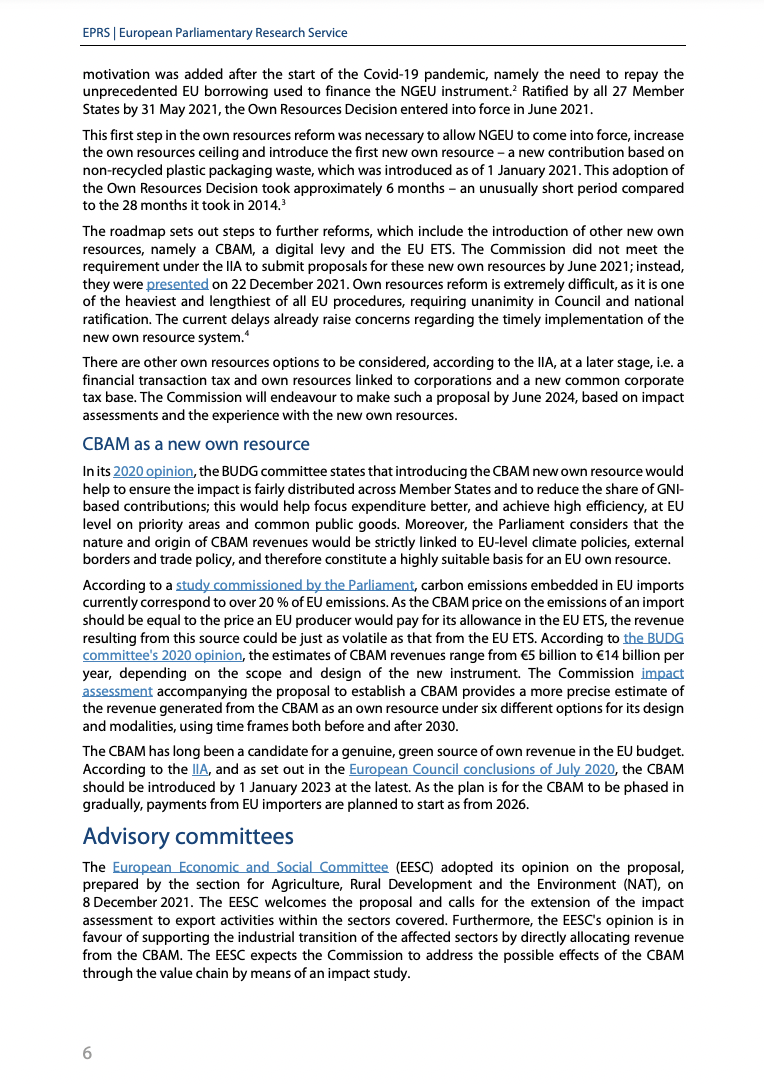 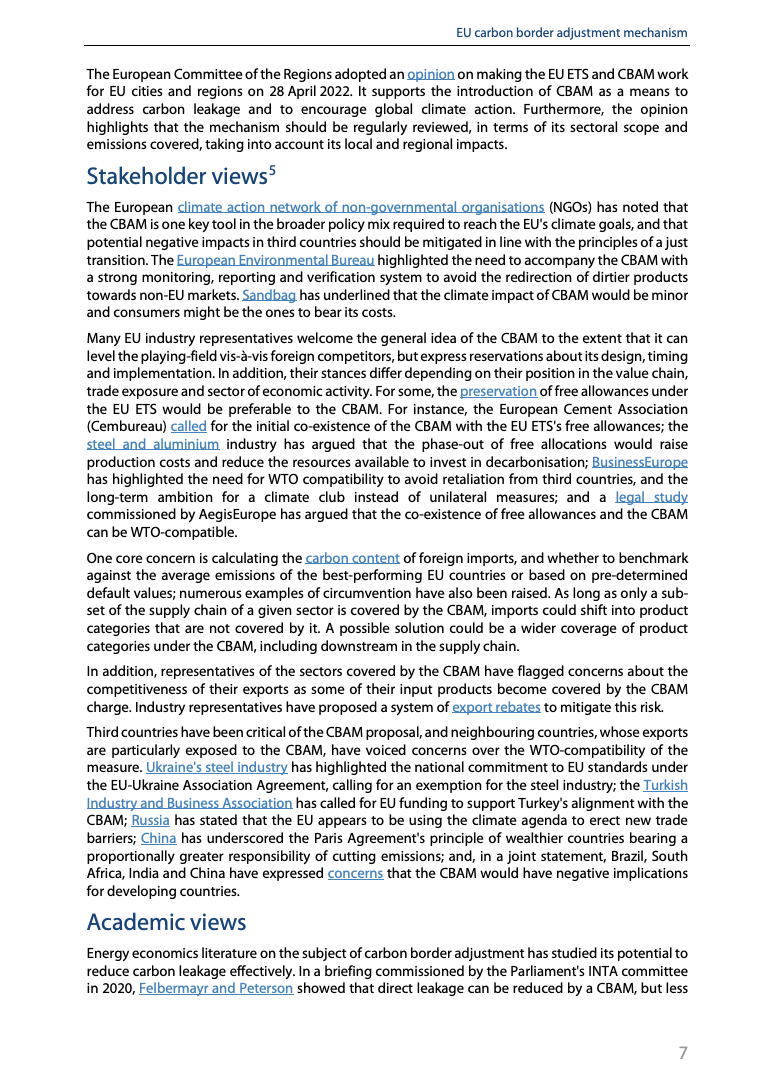 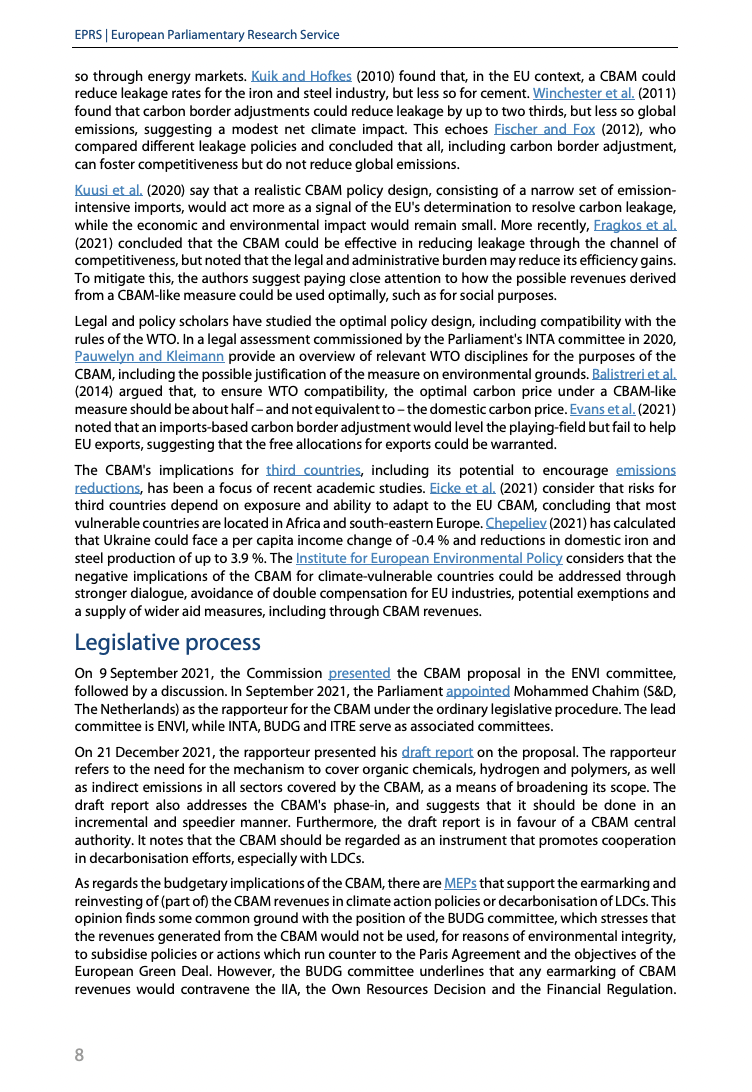 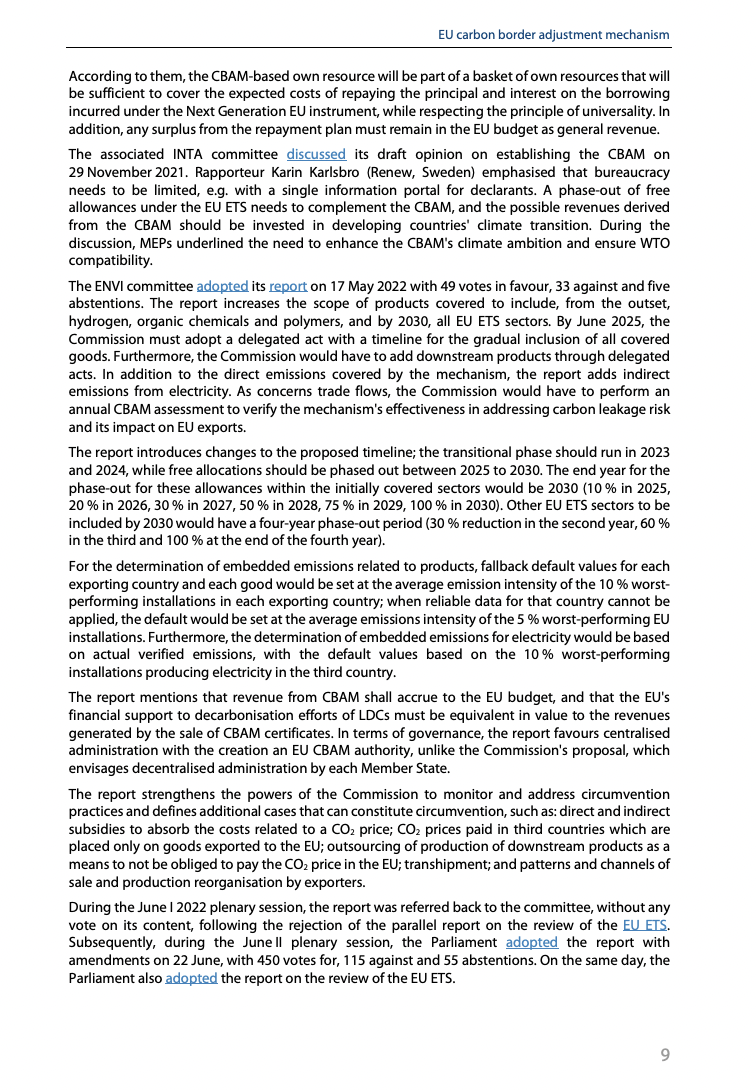 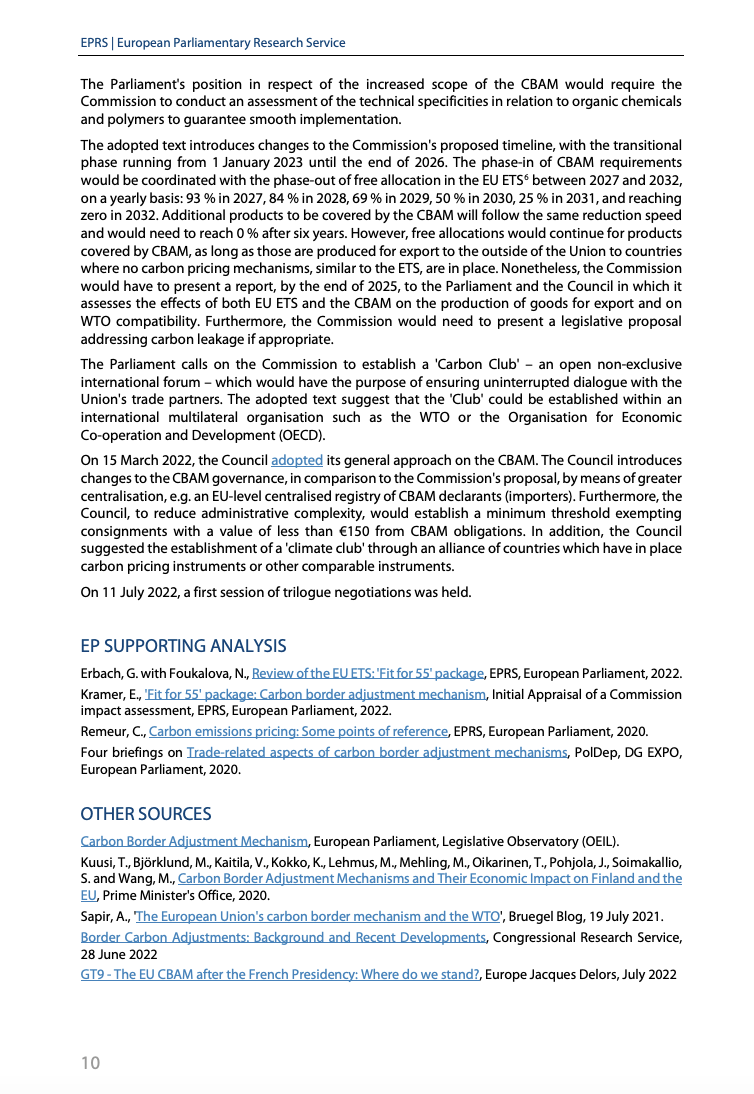 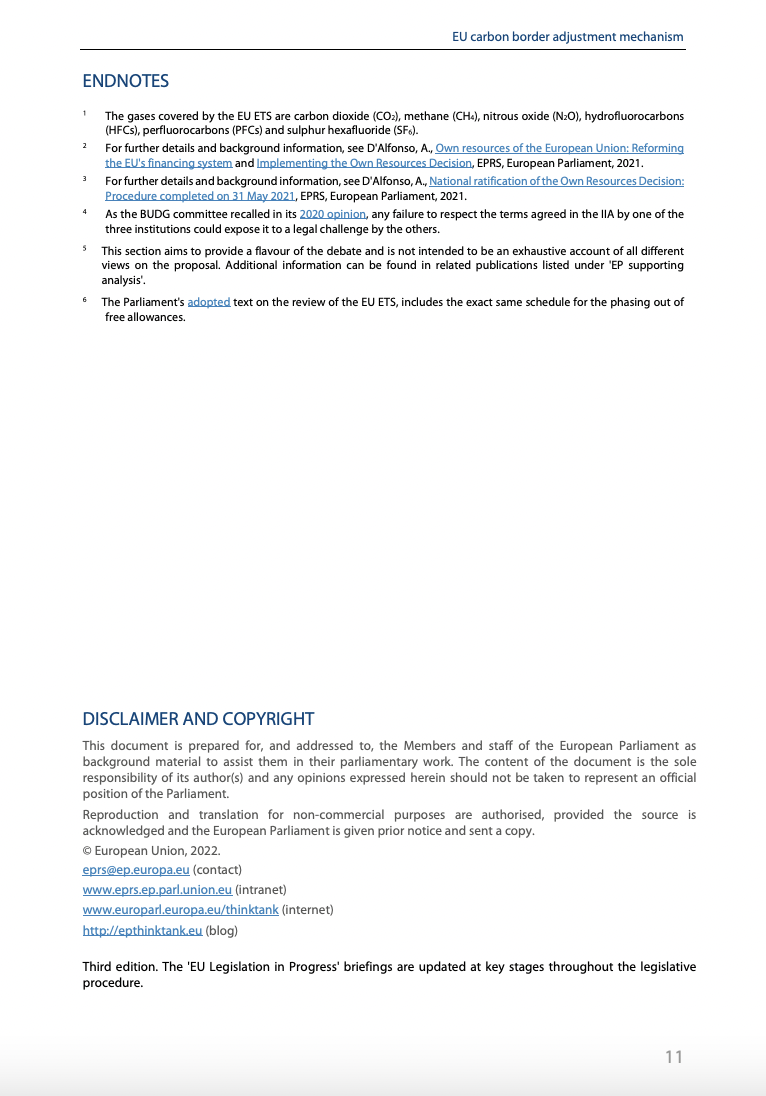 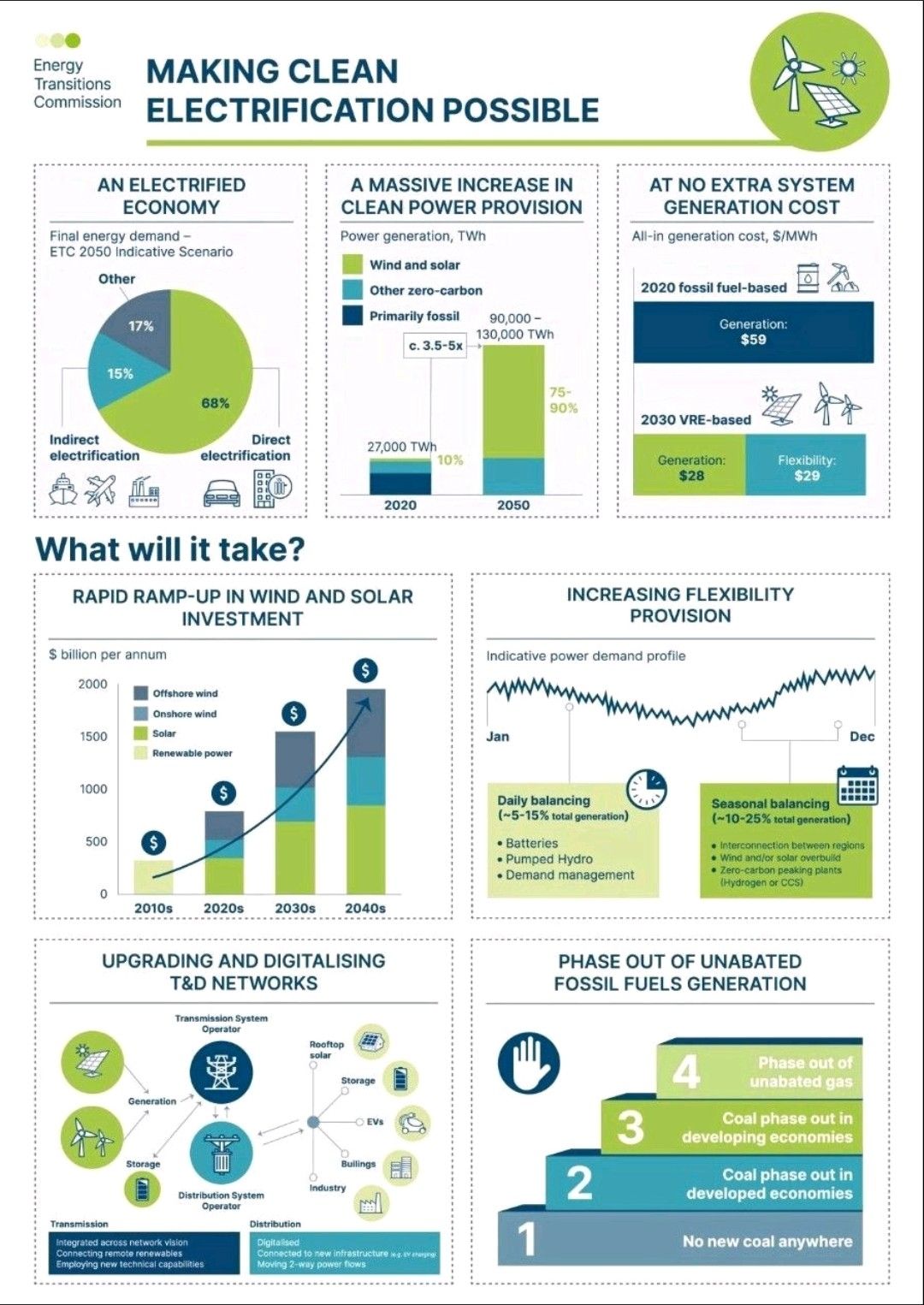 How to achieve clean electrification 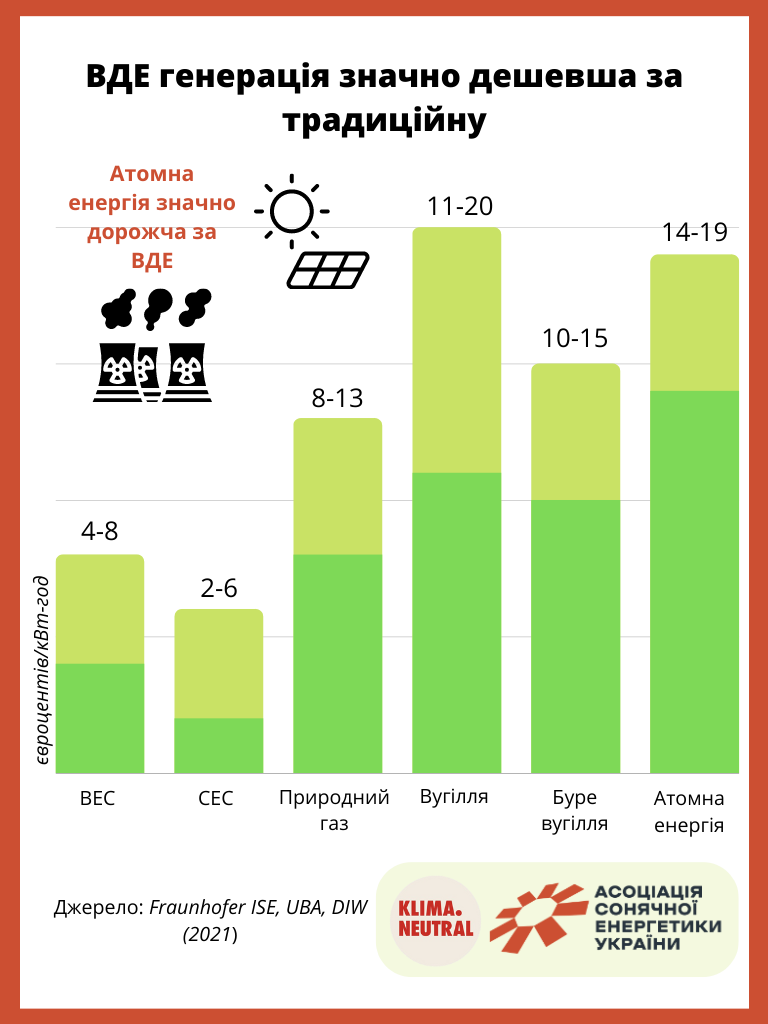 Comparison of the cost of nuclear and green energy production 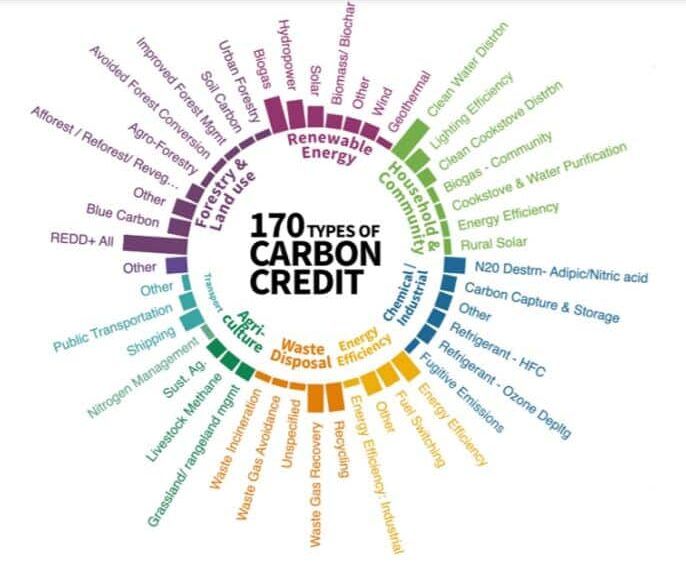 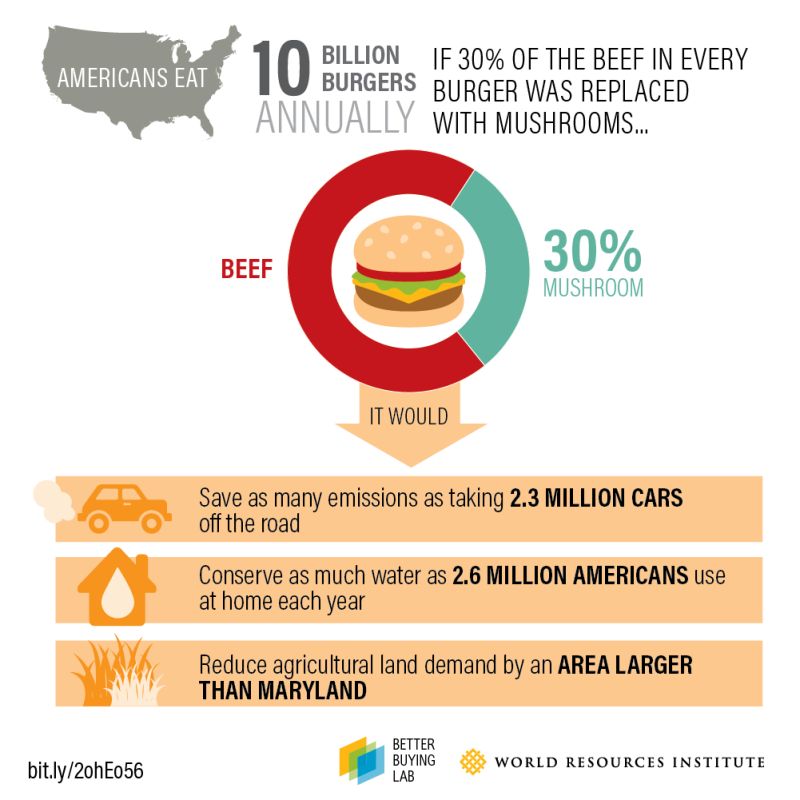