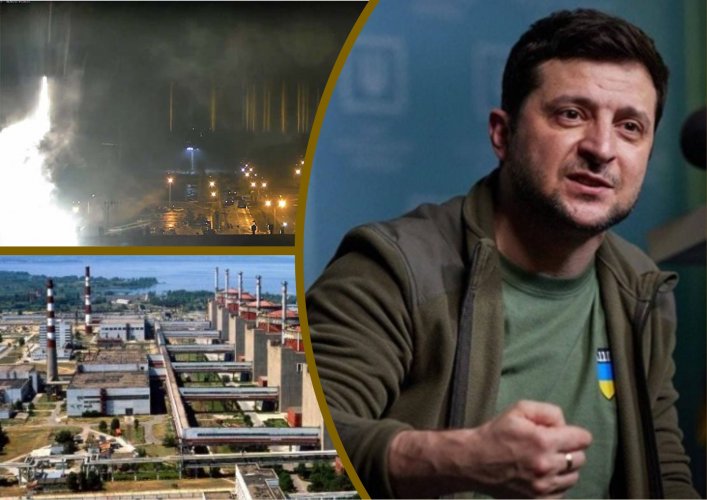 Zaporizhzhya NPP is the largest nuclear power plant in Europe. It has 6 power units with a total capacity of 6 GW. The accident at this nuclear power plant could be six times more devastating than the explosion of a power unit at Chernobyl nuclear power plant in 1986. But this didn`t stop the Russian occupation forces, which had fired ZNPS with tanks during capturing the station. Currently, the plant is completely under Russian control. And we don`t know how Russian troops can use it.

EcoPolitics has decided to find out what threats the capture of ZNPP poses to Ukraine and the whole world.

Last night Russian occupation forces fired on site of the Zaporizhzhya NPP in the town of Energodar. The shelling damaged the reactor compartment of Unit 1 of ZNPP. Also, 2 artillery shells hit the area of the Dry Storage of spent nuclear fuel. The degree of damage to the structures and systems of these nuclear facilities, their impact on safety has not yet been fully assessed. The shelling also caused a fire that significantly damaged the building of the training center near the ZNPP industrial site. The State Inspectorate of Nuclear Regulation of Ukraine posted in Telegram, that no changes in the radiation background have been recorded so far:

At the same time, the State Inspectorate of Nuclear Regulation notes, than the loss of the possibility to cool down nuclear fuel will lead to significant radioactive releases into the environment. As a result, such an event may exceed all previous accidents at nuclear power plants, including the Chornobyl accident and the accident at the Fukushima Daiichi nuclear power plant. The spent nuclear fuel storage facility located on the territory of ZNPP is also under threat. It`s damage will also lead to a radioactive release.

The director of energy programs at the Razumkov Center Volodymyr Omelchenko told Ecopolitics in an interview, if the station is damaged, the radiation will affect not only Ukraine:

“Radioactive clouds can even go to Paris, or anywhere. This is a huge threat. The pollution of the river, the Black Sea, the Mediterranean is possible. The lives of not only Ukrainians but millions of Europeans will be in danger. Today it is not only the Ukrainian conflict. After the capture of the nuclear power plant by Russian forces, this conflict has entered a global phase and threatens the whole of Europe. There is a risk of an unprecedented global catastrophe that the world has never seen before”.

Under IAEA status, any armed attack on and threat of peaceful nuclear facilities is prohibited. For the first time in world history, this prohibition was violated. The capture of ZNPP by Russian troops can be described as an act of nuclear terrorism.

Nuclear power plants have a certain level of protection against risks. Reactors are designed to withstand earthquakes or other emergencies. Probably, they will be able to withstand weapons strikes, but it depends on what they will be:

“If we talk about a bomb, it depends on the power of the bomb. - says Omelchenko. – It`s like to play with matches. The risks remain extremely high”.

But not only the destruction of power units by direct hit carries risks. Together with ZNPP, the Russian soldiers actually took hostage the employees of the station, who ensure its operation. Under conditions of high stress, the risk of human error increases, which can also lead to irreparable damage.

The world is already well acquainted with the consequences of the nuclear catastrophe. Radial radiation leads to the rapid death of organisms in the area of high disease. A single exposure of 0.5 Sv (500 mSv) and above causes various diseases. Areas with a high level of pollution become unfit for human habitation and any economic activity. Now it is difficult to predict the exact consequences of a possible catastrophe at ZNPP due to the activities of Russian troops. But for sure, it will affect both Europe and Russia. So as long as the Russian side maintains control of ZNPP and tries to use it in the war against Ukraine, no one can be sure of their own safety. 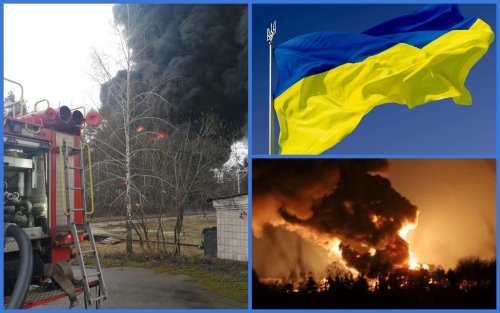 03 March 2022 12:49 War in Ukraine could lead to environmental catastrophe that will affect Europe and Asia

Water, air and radiation pollution: how war affects the environment