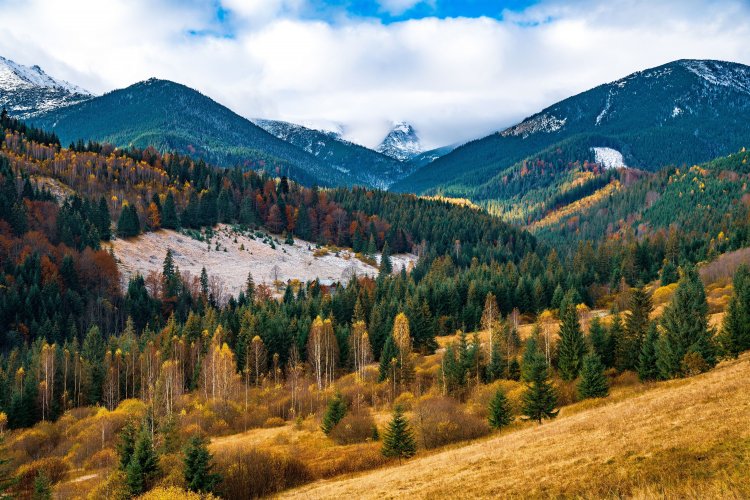 Officials guilty of abuses and crimes, particularly during wartime, may escape responsibility

Ukrainian eco-activists have criticized the proposal to merge all state forestry farms into a single state-owned enterprise Forests of Ukraine.

In their opinion, this will have significant negative consequences for forestry and related industries, in particular for nature protection, reports the public organization Danube-Carpathian Program on Facebook.

Eco-activists explained that such an initiative to unify all state forest farms had appeared before.

"It is more expedient to at least once bring to a successful conclusion what was started, and not to shake up and develop the industry in accordance with the wishes and private interests of certain groups of influence in the state," the material said.

The creation of new nature reserves on the lands of the state forest fund is agreed with the permanent forest user. Eco-activists noted that the adoption of such decisions requires good will and understanding of nature protection specifics at various levels, in particular, regional forestry and hunting management, as well as individual forestry enterprises.

Today, the creation of nature reserves of local importance takes place at the regional level. In the vast majority of cases, the establishment of boundaries, the introduction of a protective regime, and the establishment of the status of a nature-protected forest area takes place in the state forest farm. And then – approval at the regional level.

The result of cooperation is going out into the forest, discussions and, ultimately, decision-making.

"Often, it is only in the forest that it is possible to convince the relevant official that the environmental component in a specific case is more important than the profit from felling wood. Relatively speaking, not only the cubic meters of wood and the figures of the obtained profit can be seen on the spot, but also the forest itself, its environmental protection, aesthetic, scientific and reforestation value," the material said.

However, in the case of unification of forest farms, such approval will take place in Kyiv. The consequences of such a decision may be a complication of the procedure, a misunderstanding of the problems of a specific object and, as a result, a slowdown in the bequest process, and the loss of a number of valuable objects due to felling.

Transfer of documentation, replacement of officials, reduction of positions, changes in land documentation, representation in courts can lead to the fact that those guilty of abuses and crimes, in particular during wartime, escape responsibility.

Eco-activists explained that the recent consolidation of forest farms has already led to additional costs for redistribution of land documents. This distracts employees from their main work and places an additional financial burden on enterprises. In addition, illegal privatization of forest lands took place during such manipulations.

Today, almost all measures for nature protection in forests are carried out at the expense of state forest farms using funds received from economic activity. Even today there are problems with the financing of protection measures.

"If such funds will accumulate and be allocated at the central level without understanding local specifics, then we can expect a complication of the situation, and accordingly, a practical refusal to bequeath at the local level," the message explained.

Several development models were offered to the forestry industry of Ukraine. The so-called "Polish" model received the most support. Certain steps were taken to introduce it in Ukraine. In addition, the implementation of international projects for the reform of forestry in Ukraine (FLEG and FLEG 2 projects), financed by the EU, gave an opportunity to accumulate a large amount of analytical material.

"A sharp reversal from her without any convincing arguments in favor of the association "Forests of Ukraine" can only lead to another mess in both the forestry and nature protection sectors. And in chaos, as you know, it is much more difficult to protect the interests of society and nature, as well as the country. This will not help bring industry enterprises closer to the standards of a candidate for EU membership," the Danube-Carpathian Program noted. 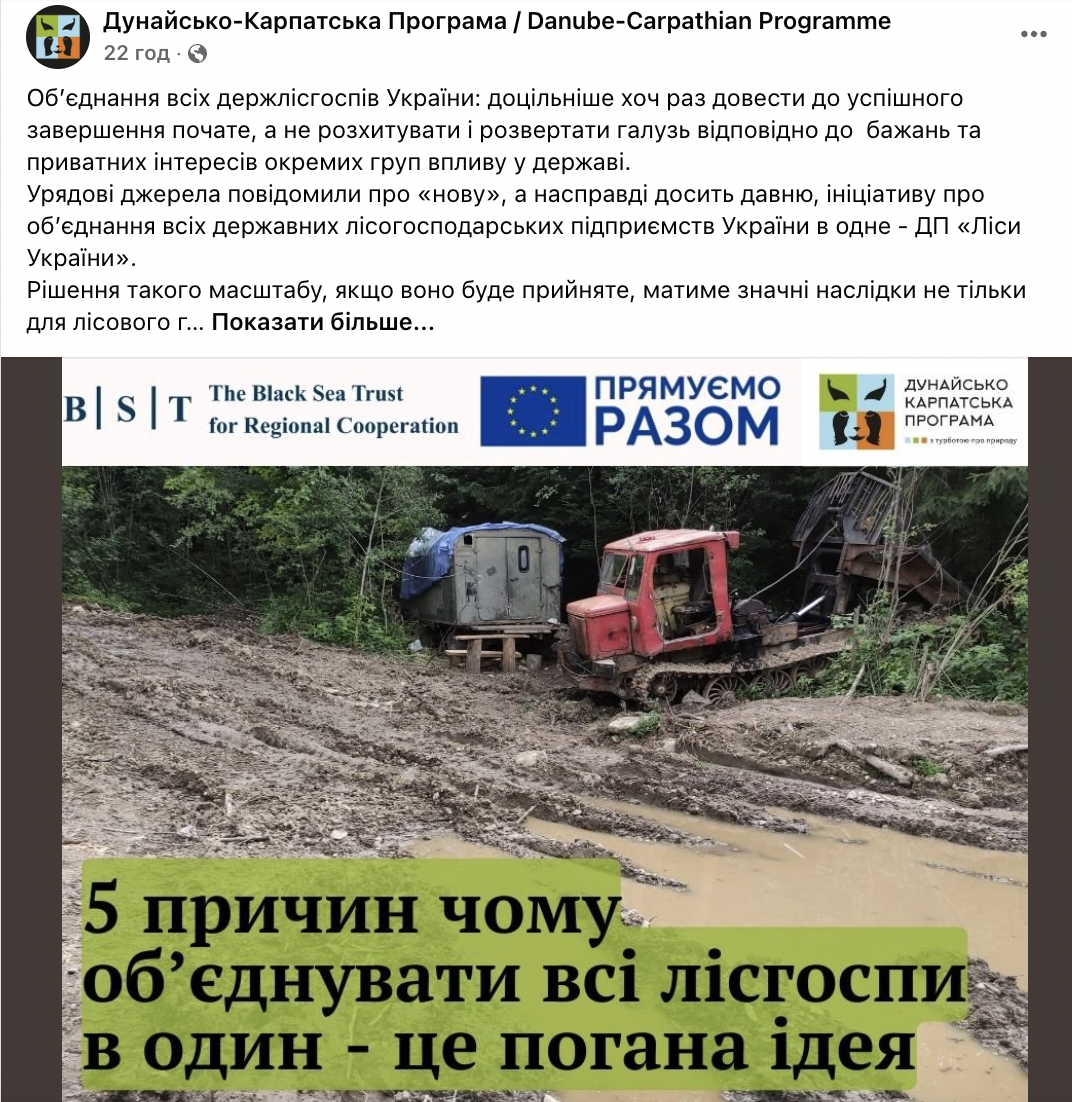 Earlier EcoPolitic informed, that ecoactivists criticized the recovery plan of Ukraine, which was presented at the Conference on the Reconstruction of Ukraine in Lugano, Switzerland, and was called the "Lugan shame".

As EcoPolitic previously reported, in the village of Muzychi, Kyiv region, entrepreneur were sold in mid-June came to cut down the forest. 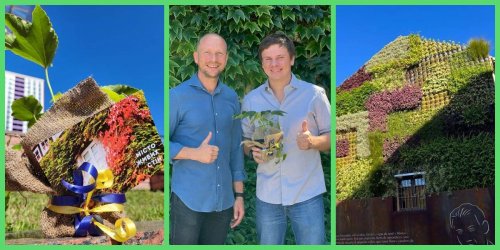